How an Engine Dyno Works
Engine manufacturers and performance testing labs use engine dynamometers (or engine dyno) to isolate the engine’s power output and measure performance factors such as horsepower, acceleration, and mileage. Chassis dyno (or car dyno) applies a load against the engine and the torque absorbed by the loading mechanism is then transferred by a torque arm to a load cell sensor, which is integrated into the energy-absorbing device.

However, when an existing engine dyno does not have integrated torque measurement, it can be difficult to retrofit it, as dismantling the existing assembly can be cost-prohibitive or physically not possible. The application presented here provides an alternative solution. This mounting setup features a mechanical loading fixture with a torque arm that indirectly captures the engine torque which is then measured by a load cell.Solution
Typically an S-beam Load Cell type is used in both compression or tension mounting configurations. However, FUTEK's proposal is to utilize the LCF Series load cell instead. The benefits of using LCF Load Cell are the following:

The LCF load cell accurately measures the load applied by the engine dyno torque arm and provides mV/V electrical signals to the signal conditioner or data-acquisition system. Engineers are then able to analyze the power transfer to the engine and optimize the vehicle performance. 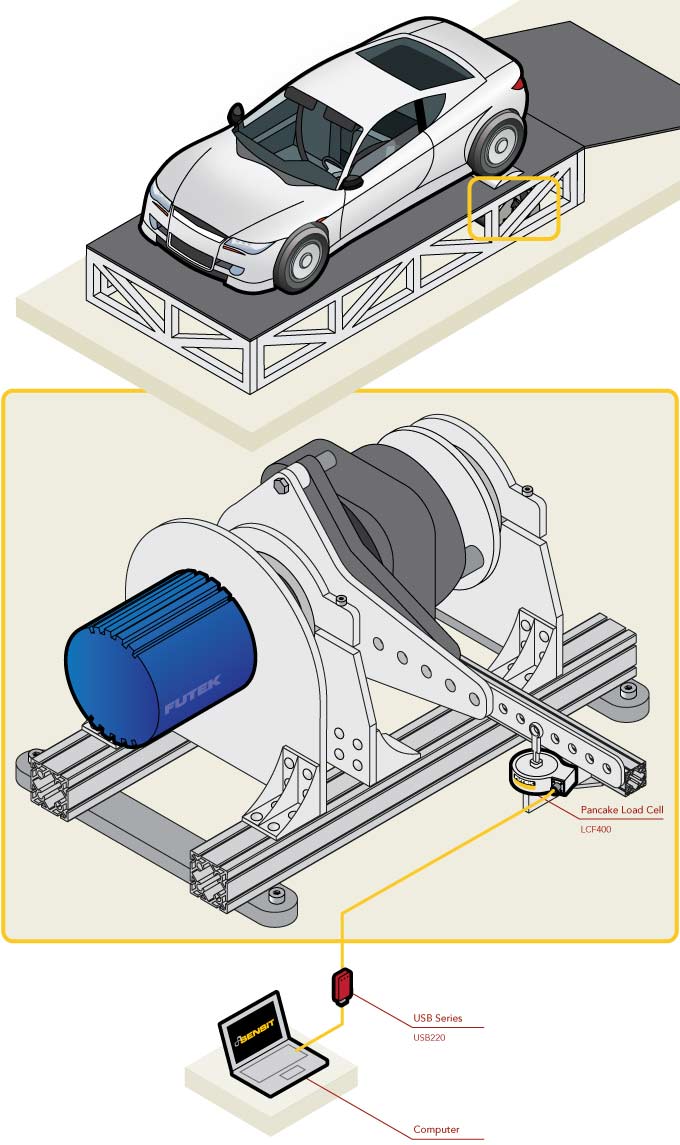