Unmanned aerial vehicles (UAVs) have a variety of launch capabilities, such as manual launch, vertical takeoff, or runway takeoff. With the rise of ever more capable and powerful UAVs, some vehicles require launchers to propel them into the air. These launchers must apply a minimum amount of force to safely launch the aircraft into the air. To do this, an LCB400 tip force sensor is coupled to the launch mechanism to measure the force applied to the drone. 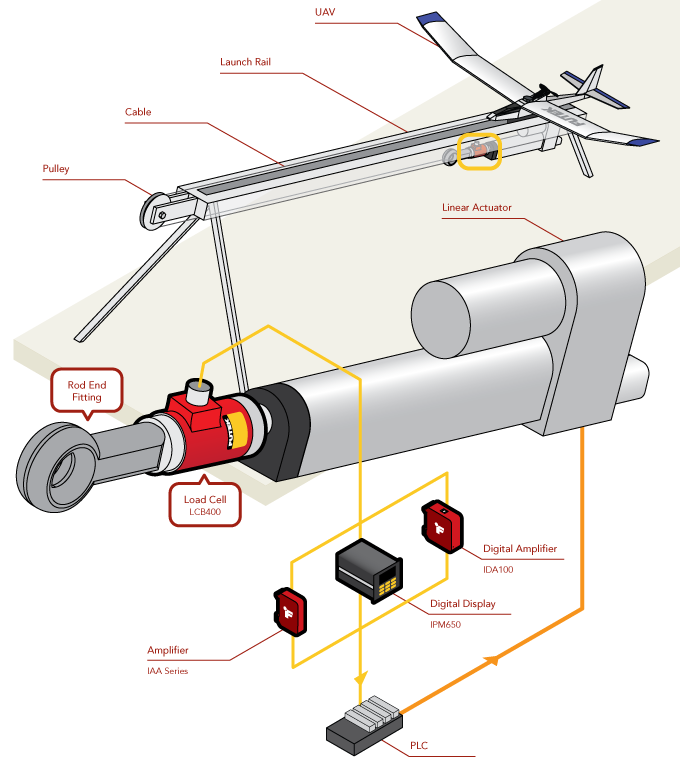