Characterization of solid, liquid, and hybrid rocket motors is often performed by computer modeling and ground testing. For experimental fuels, aerospike nozzles and other experimental altitude-compensated nozzles, ground tests are required to characterize their thrust curves and Isp under static test conditions. To do this, an LCF series load cell is installed between the rocket engine and the thrust test stand. In addition to thrust, the incorporation of four three-axis load cells in the rocket engine test stand base mounts allows direct measurement of engine mass flow and, under certain circumstances, also measurement of vectored exhaust thrust. The rocket engine thrust rig is based on the design of the Swiss Propulsion Laboratory (SPL). 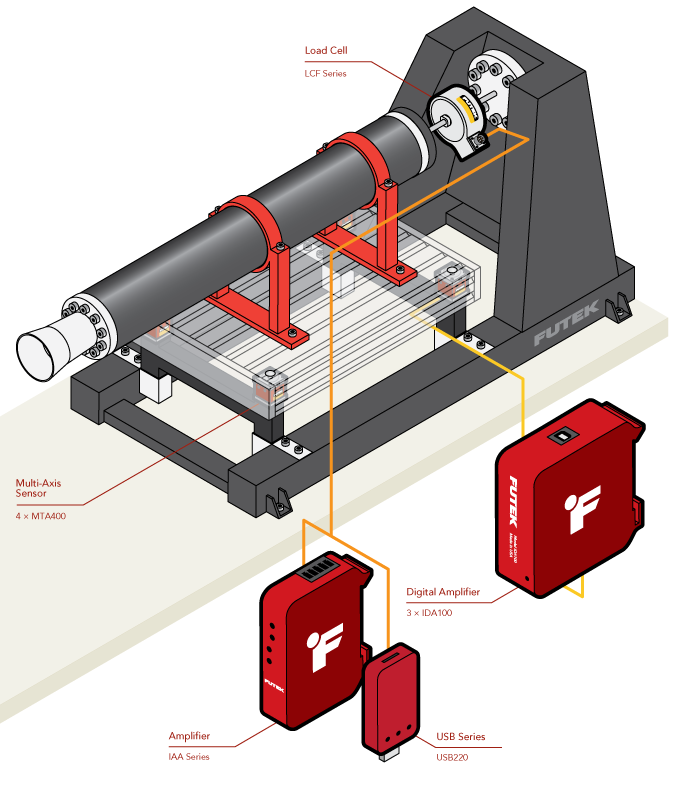